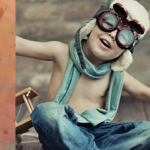 Would you participate in a sport that results in somewhere between 1-in-5 to a 1-in-20 chance of significant head injury over a four-month time frame? Injuries such as these result in weeks of headaches, dizziness, nausea, blackouts and impaired mental performance, particularly repeated blows, along with the prospect of longer term mental-health problems. Would you put your child in that situation so that they are the ones taking the risk?

According to studies conducted from 1999 to 2013, Rugby is the mostly likely sport to give you a concussion and then in descending order Ice Hockey, American football, Soccer and Basketball. New rules have been introduced to alleviate concerns. Rugby has medical staff checking suspected concussions during play. All US states have ‘return to play’ laws that require medical clearance for younger players before returning to play.

But the real question is: Should we be playing a sport that requires us to slam into each other? As we learn more about the long term consequences of such actions, the answer is probably no.

Until recently, a concussion was thought to be a temporary rather than a permanent injury, especially when it’s a repeated injury. The physical manifestation is chronic traumatic encephalopathy (CTE) which is degenerative and linked to dementia and Alzheimer’s.

CTE is punch-drunk syndrome which is prevalent in boxers but now it is understood that it’s the same syndrome common in footballers. While the football helmet was thought to protect the brain from repeated blows, it is now known that the repeated rapid movement of the brain against the skull is that which causes the damage. This includes micro-shearing of the meninges or blood vessels that bring nutrients to the brain as well as distortion of the brain, generally stretching and deforming nerve axons connecting different brain parts and damaging the blood brain-barrier which controls what permeates the central nervous system. These concussions reveal abnormal protein deposits seen in autopsies and PET scanning which is linked to CTE, Alzheimer’s and other neurological disorders.

Testing is currently underway to measure the severity of concussions. One approach is looking at the levels of the brain protein S100B and the antibodies that are generated by the immune system to attack S100B. Unfortunately these antibodies are also able to enter the brain, because of the damage to the blood-brain barrier, attacking healthy cells.

Sportsmen, sportswomen and their clubs are interested in this research for obvious reasons and studies include MRI scanning for reduced blood flow, impact sensors to monitor collisions and the resulting blood tests. Even apps like HeadCHeck and Braincheck help athletes with their own baseline brain performance to track any changes. Certainly coaches and athletes are not good judges of wellness to play after a concussion as studies have shown that 80% of players continue to play without seeking medical opinion.

If a person incurs a head trama, Crossinology may be able to help. It will depend on how much damage has taken place. For a 1- time concussion like in a car accident then usually, yes. The diagnosis is usually TBI (traumatic brain injury) or CHI (closed head injury). But the repeated blows permanently damages because the brain doesn’t have time to heal – like re-opening a wound and would not allow the Crossinology method to be effective.

Perhaps the biggest question is whether your children should take that risk before they are old enough to understand that they may be paying for it over a lifetime….

Back to School? Or Back to Stress?