Overcoming the Frustration of Living with Dyslexia 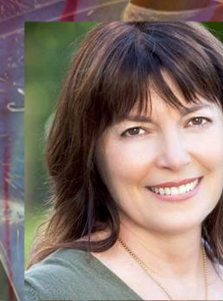 It wasn’t until years later that Susan turned her attention to finding answers for the learning disabilities that initially put her career and self-worth in jeopardy. It was then that she realized she had been living with a form of dyslexia.

Finally, while developing, and after receiving, treatment, she began to excel in academics. She went on to receive a degree in psychology and an advanced degree in neuroscience from an Australian university. She also conducted brain research into the techniques she had used on herself, and others, to eradicate her learning deficits.

The result of Susan’s work is now known as the Crossinology Brain Integration Technique. Developed in 1988 in Melbourne, Australia and brought to Boulder, Colorado ten years later, Crossinology is a drug-free therapeutic model that integrates energetic healing methods which tap into your body in order to optimize function in any area.

Having lived with dyslexia herself, Susan has a keen insight into what it’s like coping with a learning disability, the struggles that come with it and the dramatic effect is has on self-esteem and daily living.

“I envision a future where early detection and correction will prepare children with learning disabilities for a lifetime of successful learning instead of frustration. I want them to function well, not only in the classroom, but in all aspects of life.”
— Susan McCrossin

Experience Relief, Joy and Renewed Self-Confidence in As Little As Eight Hours

In as little as eight hours, you or someone you love can experience permanent change with the Crossinology Brain Integration Technique. Imagine the relief, joy and sense of self-confidence that it will bring and the positive, ever-lasting effect it will have on your life.

Browse the FAQ section for more details about this alternative treatment, purchase the book or find a practitioner here.