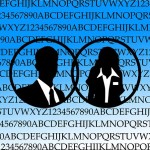 As someone who used to have dyslexia and now don’t, I think I can weigh in on the debate with a fair share of personal experience. Although I was successful as an entrepreneur with dyslexia, after developing a method to rewire my brain to work more efficiently, I was able to obtain double degrees.

I believe that University of Toronto psychologist Jordan Peterson’s five big personality traits make all the difference. There are a few traits that are obvious in entrepreneurs such as openness, creativity and conscientiousness but also diligence [and being] disagreeable. That is to say, they are not people who require the social approval of their peers. I would agree with him.

This is what sets apart successful entrepreneurs whether or not they have dyslexia. They also have a high IQ and often a parent who believed in them. Basically finding out what you like to do and going for it. Having a learning disability can teach you persistence that those who learn easily from the beginning never really develop, as soon as the going gets tough they tend to give up.

There are some people who, when you increase the difficulty of a task, they thrive, while others fail at low level difficulty. It has far more to do with the personality trait of enjoying a challenge than their dyslexia. Dyslexia is really a lack of access to certain regions of the brain that are needed to perform well in the typical school situation. The most common problem they complain about is not being able to memorize material like math times tables, foreign language vocabulary lists, numerous details for exams and so on. Thus the tendency is to go to a job where you are coming up with ideas, dealing with people, and leaving the paperwork and dotting ‘i’s and crossing ‘t’s, to others who can cope with the methodical nature of that work.

The art of the deal is more interesting to the Dyslexic. They could also become computer programmers where they can single focus and exclude all else, as I did.

The standardized tests that measure your ability to do well in school don’t measure creativity, which is hard to quantify so they can’t predict who will be successful based on their positive personality traits, creativity and persistence.

At my school the students who did well in memorization tasks, exams, often went into a career that didn’t require any creativity or new thinking. Curiously I was the only one who failed the final exams and yet I am the only one that created something entirely new.

Click here to learn more about why some people have problems learning. 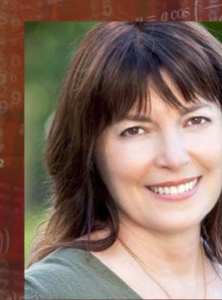 You Are What You Eat: The Role of Nutrition and ADHD

Multilingualism – Do You See What I See?

The Fight Against Sugar