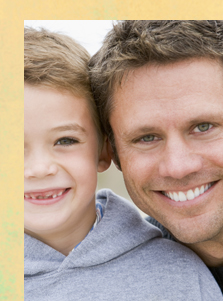 Even before children can talk, their actions can speak loudly about the degree of efficiency or inefficiency in their brain processing. Consider babies who never crawl or who develop “butt-scooting” methods of locomotion by their first birthday. What we know about the two halves of the brain, right and left, is that they control the opposite sides of the body (the right brain controls the left foot, for example).

Crawling activates right brain/left brain integration that enable walking to develop easily. Although just because a child has crawled or walked properly doesn’t necessarily mean he won’t have a learning disability. Babies who struggle with early locomotion are often manifesting an outward display of an inner confusion deep within the brain.

Take the case of Max, who was almost thirteen when I met him in October 1999. As a baby, Max never crawled but walked “like a crab” on his hands and toes and then began walking upright at eleven months.

A child’s crawling stage is considered critical for activating the corpus callosum, which connects the two hemispheres of the brain, and allows the coordination of brain functions as well as physical coordination.

Is the Creative Side of Your Brain Doing the Job of the Logical Side?

Through muscle testing, I found that Max had been emotionally stressed when he was two years old and had switched, at a functional level, the right side of his brain to the left side and vice versa. Thus, there was confusion about which side of his brain processed logic functions and which side processed creative functions—the messages being sent were crossed from right to left and left to right.

• Had allergies.
• Was clumsy and had problems with balance.
• Lacked coordination needed for sports or rhythmic activities.
• Scrawled like a first-grader although he was in the eighth grade.
• Had good grades, but he struggled with reading and spent most of his time in class doodling.

From Doodler to Scholar

Two years later, life had turned around dramatically for Max. Out of 250 students in his high school, he had won the sophomore English award, an achievement that was especially significant for someone who had previously struggled with reading. He now:

• Had a 3.75 grade-point average and was earning advanced scores on the statewide standardized tests.
• Found both the work and the tests relatively easy.
• Was taking Advanced Placement history, with lots of reading, and was doing well.
• Using his lifelong love of language to study new languages—such as Tibetan and Japanese—on his own, independent of school.

Once a classroom doodler who wasn’t realizing his potential, Max was now headed for a rewarding scholarly experience.

Do you or your child experience lack of coordination? Please share your thoughts in the comment section below because perhaps there’s a disconnect that can be corrected. And chances are, you’re not alone. Thank you!

Is Your Teenager Prepared for Adulthood?