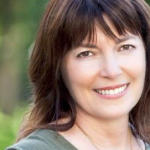 Sue McCrossin loves her work. As founder of the Learning Enhancement Center in Boulder, she practices a unique brain integration system that she co-developed called Crossinology. Her clients include children and adults with learning disabilities, developmental delays, head injuries, strokes and physical coordination problems. She also works with athletes and executives who want to improve their brain functioning.

Crossinology combines principles of acupressure and applied physiology – also called muscle testing – to identify and correct “blocks” or “imbalances” in the brain’s information flow. McCrossin uses applied physiology techniques to obtain feedback on how a client’s brain is processing information. When she finds blocks in the information flow, she works with acupressure points to release them. “These blocks are released by holding acupressure points on the client’s head to stimulate blood flow into various regions and remove the stress that has caused the block. This involves many steps and combination,” she explains. “But when it is complete, it enables information to come into the brain easily and be routed to the correct location with the correct timing. When this flow is restored, functions such as spelling, reading and physical coordination improve.”

McCrossin loves working in the area of brain functioning because it doesn’t seem like work. “I put in lots of hours on it, but I don’t feel like I’m working hard because this is fun,” she says.

The path to working with the brain, as well as the path to Boulder, was a circuitous one for the 48-year-old Australian native. After studying industrial design in college, McCrossin began working for the data processing manager of a large security company. Recognizing her potential, the manager taught McCrossin computer programming. She went on to a successful career in the computer industry, eventually owning her own software company in Europe. But, despite the financial rewards, McCrossin found the computer field increasingly repetitive and emotionally unfulfilling.

“I was feeling bored. I was dragging myself to the office,” she recalls. “I used to say to people ‘if I won the lottery – if I didn’t have to work for money – I don’t know what I would do.’” The turning point came in her 30s when McCrossin enrolled in what she thought was a spirituality course but was actually a personal growth course. “You know how you end up where you need to be, not where you think you want to be?” she says. “I didn’t even know those classes existed.” In the course, students were encouraged to examine what they were passionate about and what they envisioned as their life’s purpose. McCrossin decided her purpose in life was to affect the consciousness of the planet. A tall order, she realized, so she got more specific. “I wrote down ‘I’m going to change myself so that everyone who comes in contact with me will have their consciousness shifted in some way,” says McCrossin. “And I’m going to work in a profession that supports that.’”

Within three months McCrossin heard about the work of Richard Utt, a teacher of applied physiology at the International Institute of Applied Physiology in Arizona. Convinced this was the type of work she wanted to do, McCrossin walked away from her software business to train under Utt for three months. There, she learned muscle-testing techniques for identifying physical and emotional blocks.

After receiving a diploma in Applied Physiology, McCrossin returned to Australia and eventually began working with Dr. Charles Krebs, who shared her interest in brain functioning and muscle-testing principles. Together they developed and refined ways of using muscle testing and acupressure points to locate blocks in brain functioning and correct them.

“We really synthesized some [techniques] that already existed in different forms and then added some new things. And we studied how the brain works and organizes itself,” says McCrossin.

A child psychologist learned about the technique McCrossin and Krebs were developing and referred one of her patients, a boy in his early teens with severe behavioral problems that included lighting fires in school lockers. The psychologist had been unable to help the boy, but McCrossin and Krebs’ approach worked: his negative behaviors stopped and he started doing well in school.

“The child psychologist was impressed and said, ‘you didn’t just make a change, he’s not even the same child,’” recalls McCrossin.

The psychologist referred more children with learning difficulties and behavioral problems to them, and it was while working with these children that McCrossin realized she had a learning disability as well.

“I needed help in the area called ‘visual construction,” she explains. “It’s the most common thing people come to me for – they can’t spell and they can’t memorize. It’s [a problem with] the visual memory – where you can’t make a picture in your mind’s eye and recall it and hold it over time.”

McCrossin says she experienced a marked improvement in her memory after being treated with her own brain integration technique. Now sure of her professional path, McCrossin attended Swinburne University in Melbourne to obtain a double degree in Neuroscience and Psychology.

But the strain of working on a double degree took its toll and, on the advice of a Chinese medicine practitioner, she started meditating. McCrossin was surprised to discover that her meditation practice improved her school performance.

“At the end of one semester, the time it took to do my assignments went down and my grades went up,” she says. McCrossin got her double degree and was invited back to the university to do an additional honors year.

Through her meditation practice, McCrossin also gained insight into her professional future; she knew she had return to the United States. In 1997 McCrossin attended a psychotherapy conference at an ashram in the Catskill Mountains of New York and then drove cross-country with a friend who was moving from Baltimore to Boulder.

“I was absolutely adamant that I would never move to America,” she remembers. But after touring the Boulder area, she grew more open to the idea, thinking, “Wow! This is a really nice place.”

McCrossin took a leap of faith in 1998 and moved to Boulder, where she opened an office in a building she shared with eight other therapists. One of these therapists had a young son with serious behavioral problems in school. McCrossin treated the child, and because he changed so profoundly, some of the other therapists started bringing their children to her. Word spread and more clients came. Having viewed her move to Boulder as a six-month experiment, McCrossin was taken aback by the rapid growth in her practice. “I thought, ‘Oh my God, I think I’m going to stay.’”

The transition from one country to another hasn’t been that difficult, McCrossin notes, because the popularity of outdoor sports in Boulder reminds her of home. “I feel like I’m just in another part of Australia,” she quips. McCrossin’s Learning Enhancement Center is located in North Boulder, where her goodnatured dog Rufus often plays a therapeutic role.

“Rufus often defuses any anxiety children may have about ‘treatment’ when they come the first time,” she says. “His steady, solid nature also helps clients who may be going through emotional problems, either past, present or even future anxieties.”

“I can’t stress enough that having a learning difficulty has nothing to do with your I.Q.,” says McCrossin. “Most of the kids I see have above average I.Q.s, some of them are gifted.”

Although McCrossin believes treating learning difficulties with medication is an option that sometimes works, she notes that hyperactivity can be reduced or eliminated by taking the child off sugar and food additives such as artificial coloring and flavorings. She can work with clients while they are taking medication, but added, “I usually find that children can stop taking Ritalin after the treatment is complete and they function normally.”

Of her many success stories, McCrossin recalls a letter she received from the mother of a young boy she treated with reading and writing problems and who couldn’t do any math. After treatment the boy went on to make the principal’s honor role at his elementary school and is no longer in Special Education classes.

In another case, McCrossin treated a 25-year-old man suffering from the lingering effects of a brain tumor. When he first came to McCrossin, the tumor was gone but he still couldn’t walk or speak properly, and he had vision problems.

McCrossin says her Crossinology technique made dramatic, long-term improvement in these areas and more. When she saw him four years later, “he strode into the room looking the picture of health. He was extremely happy and extremely self-confident. And he was now doing a more complicated job – he’d always had a learning disability and in the course of correcting the brain function, I corrected the learning disability as well.”

McCrossin says she finds treating learning disabilities gratifying because the work ties back into her commitment to change the consciousness of the planet. By helping people reach their potential, she hopes her clients will go on to discover their own purpose in life and work they love.

“When you have a learning disability, you can’t help but be very self-absorbed. And I don’t mean that in a negative way. I mean that you’re just trying to cope. When you’re trying to cope and survive, you don’t have a chance to look at the bigger picture,” says McCrossin.

McCrossin strongly agrees with author Joseph Campbell. “He said that if you’re not passionate in your heart about what you’re doing, then don’t do it because you’re never going to be good at it. I think doing what you love is one of the secrets of happiness.”

Having found one of the secrets of happiness in her own life, McCrossin has finally figured out what she would do if she won the lottery. “I’d still be doing this work – although I’d probably take a little longer vacation.”

Managing Summer Stressors: A Message to Moms with ADHD

The Brain, Exercise and Successful Aging

Do You Feel Like Your Brain Just Isn’t Working Right?