In all relationships, it is important to continue the therapeutic practice of consistency which enables healing, trust, strength, and focus in both adults and children.  Here at Crossinology, we find this to be true of any individual diagnosed with ADHD/ADD or Dyslexia.  The article below is a tribute to this subject.  We hope you enjoy! 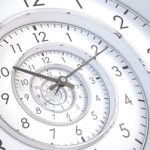 *The following clever article is written by Lucy Kellaway. She is the management columnist at
the Financial Times and has become best known for her satirical commentaries on the limitations of
modern corporate culture. She is a regular commentator on the BBC World Service.
Please substitute ‘boss’ for ‘parent, caregiver, child or puppy raiser’ whichever category is
relevant to you.

“By far the most difficult boss I’ve ever had was an inspiring, morally upstanding man. I
respected him and learnt a lot from him. The problem was that I could never predict how he
would respond to anything.  Sometimes he would sidle past and say something sarcastic about a piece I’d written. At other times he would bound up, full of praise. Occasionally he would perch on the edge of
my desk and talk as if he valued my opinion. The following day he would revert to glowering
and ignore me entirely.  The very sight of him advancing down the corridor was enough to make me feel anxious.
When he was being nice, his face looked the same as when he was horrid and so I started to
wonder if his praise was ironic. It was most disconcerting.

I thought of him the other day when I read a piece of research from the University of
Michigan suggesting we would far rather have a manager who was horrible all of the time,
than one who was horrible only some of it. When it comes to our bosses, it seems we can
cope with more or less anything – save unpredictability.

The researchers conducted a series of experiments in which they divided students into three
groups and gave them all a job to do. The first group was subjected to constant compliments;
the second to constant abuse and the third to a mix of the two. The first group wasn’t stressed
at all; the second was mildly so, while the third – the group that didn’t know if they were
going to get sticks or carrots – was by far the most stressed and least happy.

This experiment, written up in the American Academy of Management, reminds me of an
earlier study in which rats were given electric shocks. One group heard a bell ring to herald
each shock; a second group had shocks with no warning. The first group of rats fared more or
less fine. The second group, who could not predict the timing of the shocks, developed
stomach ulcers. Workers and rats have a lot in common.

Yet this idea that consistency is important is nowhere in the leadership literature.
Predictability is considered boring and unglamorous, in a world that reveres creativity and
disruption.

A couple of weeks ago the Harvard Business Review published a blog about the most
important traits of leaders, as reported by 195 global leaders themselves. These turned out to
be a more or less soppy list of “competencies” including “strong ethics”, “nurtures growth”,
“has the flexibility to change opinions” and “is committed to ongoing training”. And so on.
Predictability was nowhere on the list.  The only company I can find that explicitly values this is Google. Because it delights in collecting data and measures all leaders constantly, it has found that consistency is one of the
most important qualities there is. When the boss isn’t consistent, people can’t do their best.
Predictability matters at work not just in relation to your boss – but to almost everything.
People claim they love jobs in which every day is different, but there is little evidence to
back this up. Instead, studies in the US have shown that workers with unpredictable hours are
more stressed and less happy than those who keep a regular timetable.

If I think of my peers, I would probably tell you that I love working with people who surprise
me. But that isn’t true. I like working with people who interest me, but who do not surprise
me at all. One close colleague is dependably always late. Even though I am obsessively
punctual, I’ve become so used to his lateness that when last week he turned up early, I wasn’t
delighted; I was slightly put out.

And it is not as if consistency is easy. Being consistent is very hard indeed. I know this from
having spent a quarter of a century at the coalface of motherhood. When bringing up my four
children I have tried to stick to some pretty basic principles that I consider important. For
instance, that all family members must sit around a table once a day with no computer
screens, eating the same thing at the same time. Some evenings I am unyielding in my
adherence to this principle. Yet there I was last week sprawled on the sofa with my son who
was eating a supermarket pizza and watching something unsuitable on his iPad, while I both
ate and watched something else.

Predictability is the advanced class: unpredictability seems to be the default human condition.
I’ve just read an article in Psychology Today arguing that we became that way because it
made it harder for other hunter gatherers to take advantage of us in the jungle.
Maybe, although I suspect we are unpredictable at work because managing is unnatural and
we are weak and capricious. And self-control is not only difficult, it is sadly out of fashion. –

Scanning reveals what pregnancy does to a mother’s brain