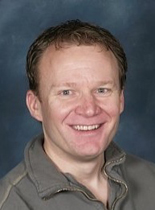 Larry was an Arizona English and Drama high school teacher. Over a span of two years, Larry had three accidents all causing brain trauma. After one of the accidents, they kept him in the ER for several hours. He couldnÛªt see out of his left eye and his whole left side was numb.

During his teaching career Larry started to struggle. He was making poor choices financially, struggling to maintain a job, and having bouts of irrational behavior and depression. While trying to manage his life Larry was diagnosed with Social Anxiety Disorder and started to take medication.

Because of his previous brain trauma, Larry literally couldnÛªt think clearly. He would keep himself in his studio apartment, ultimately become a recluse. He couldnÛªt even go through a drive thru window, because the stress of talking to a stranger was too much.

While traveling in Salt Lake City, he was in another car accident that ended in neck surgery. After this accident Larry moved home to Price, Utah, to live with his parents. One morning, he was found sitting cross-legged, head down and all his personal belongings scattered on the floor. Larry was unsure what to do with all his stuff. He literally did not have the ability to organize his belongings. It appeared as though his brain was not functioning.

Later on his mom helped him get a job, which lasted 3 days. He then got another job that only lasted three weeks. After many jobs, Larry had established he just couldnÛªt stand to be around people. LarryÛªs mom was at her wits end and unsure how to help her son. She did some research and found Crossinologyå¨ Brain Integration Technique (BIT). Arrangements were made and Larry received BIT.

His whole world changed! His anxiety was gone and he had a positive outlook on life. He got a job and ended up in Seattle teaching English.