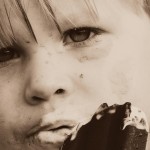 Have you been questioning how to address your child’s learning disorder?

By age 3 1/2, Casey Gangwish was astounding his mother with his grasp of scientific concepts like buoyancy, water displacement and kinetic energy. It wasn’t until he started preschool that the trouble began.

“It was evident that Casey couldn’t learn his letters and numbers,” says his mom, Kim Gangwish. “By kindergarten, he only knew three letters, and he would sit on the ground and roll around during class, bumping into other kids. He said he had a traffic jam in his head.”

Casey’s teachers wanted to put him in special education; they said he disrupted the class and told Gangwish that they suspected Attention Deficit Hyperactivity Disorder (ADHD). That suspicion sent Gangwish to a pediatrician who indeed diagnosed Casey with ADHD and prescribed a low daily dose of Ritalin, a nervous-system stimulating drug (methylphenidate hydrochloride) that presumably affects a self-control center in the brain. Gangwish was unhappy with the way the medication affected her son. “Even though it was a very low dose, Casey seemed really zoned out on the Ritalin,” she recalls.

The scenario is increasingly common. Learning disorder is a broad term that encompasses behavioral, communicative and psychiatric problems that frequently overlap. Although statistics vary, as many as 17 million children in the United States may suffer from some sort of learning disorder. The most prevalent is ADHD, characterized by impulsivity, by distractibility and, in two thirds of those diagnosed, by hyperactivity. Dyslexia, another common disorder, can cause difficulties in speech and language development, and confusion in the way print is seen on the page.

Symptoms for these disorders overlap significantly, making them difficult to diagnose or even to distinguish one from the other. Furthermore, children with these learning disabilities often share chronic health problems such as ear infections, asthma, pneumonia, skin rashes, constipation and, as a baby, severe colic. By the time a child is school-age, he may display poor behavior in class, coordination problems, and difficulty with spelling and math.

Ritalin is the prevalent treatment for ADHD, although Adderall and other stimulants are also commonly prescribed. Dyslexia is best treated, according to some experts, not by drug therapy, but by modifying teaching methods and the educational environment to meet the specific needs of the dyslexic child, which underscores the importance of correct diagnosis. Currently, as many as 3 million kids are on Ritalin. However, a growing list of side effects, including insomnia, weight loss, abdominal pain and headaches, are prompting parents to seek alternative, more natural treatments.

Gangwish’s search led her to Susan McCrossin, an applied physiologist in Boulder, Colo., who hypothesizes that kinesiology and acupressure can reintegrate critical connections in the corpus callosum, the band of fibers uniting the cerebral hemispheres of the brain. The fibers can be blocked or can dysfunction, causing learning difficulties.

After nine sessions with McCrossin, Casey was able to focus in class and learn to read, spell and perform at grade level. His mom took him off the Ritalin. McCrossin’s brain integration technique, called Learning Enhancement Advanced Program (LEAP) (now called Crossinology Brain Integration Technique), is one of a growing number of natural treatment options parents of children with learning disorders can consider. LEAP may or may not be available in your locale, so a little research will be necessary (see “Get Help”). Your objective should be to match your child’s specific problem with the best treatment for that problem.

Casey’s story underscores the potential for new treatments, such as McCrossin’s brain integration technique, as well as diet modification, behavior modification and nutritional supplements that may effectively get to the root of the learning disorder without using Ritalin. “Some would say that the statistics [of Ritalin use] are growing because we have gotten better at identifying ADHD. I don’t agree,” says Mary Ann Block, osteopathic physician, vice president and medical director of The Block Center, and author of No More Ritalin: Treating ADHD Without Drugs (Kensington, 1997). What’s changed, she says, are the expectations we have for young children in the schools. By first grade, very often kids are expected to sit still for a full day. That’s not realistic, says Block, but because some children can do it, it’s considered normal.

Mary Baker, a second grade teacher in metro Denver, who asked that her name be changed to protect her privacy, agrees with that assessment. “Thirty years ago, we didn’t diagnose children with [learning disorders], we worked with them, whatever their ability.” Baker further attributes the problem to increasing class size and a system that designates standards for kids in school. Education, she says, is not a one-size-fits-all proposition. “But the law doesn’t see it this way. The law says all kids need to learn how to read by the third grade.” Block adds that it’s difficult for teachers to instruct to every learning style. “Many of these children are very bright,” says Block. “They are curious and creative, but they also move rapidly and tend to get bored or distracted easily.”

Block also thinks schools may still be too geared toward auditory learning. Children who can listen well and process information visually and logically, do well. Children who are tactile learners get in trouble for trying to learn in a way that comes naturally to them.

New studies suggest that learning disorders may be caused by many factors including genetic influences, nutrient depletions, food additives or allergies, environmental toxins and brain dysfunction. However, it’s hard to pinpoint a sole cause for an individual child’s challenges. This variability is one reason why common medical thinking often discounts treatments with diet and supplementation. Marcia Zimmerman, CN, author of The ADD Nutrition Solution: A 30- Day DrugFree Plan (Owl Books, 1999), found that a child’s behavior can improve by eliminating foods from his or her diet or treating deficiencies with supplementation. “For doctors, the evidence is not clear because it doesn’t fall into their medical paradigm, where one answer will work for every child every time,” she says. It’s important to note that medication can be an appropriate treatment for many children.

In a lengthy summary of ADHD treatments written and supervised by Lewis Mehl- Madrona, MD, PhD (see www.healing-arts.org), he says, “[M]edication [does not] work for every child. Nevertheless, the usefulness of psychostimulants in the treatment of ADHD has been established and is the standard of care in mainstream medicine.” What parents can do first, before trying medication, is optimize their child’s diet and health regimen. Many practitioners now acknowledge the connection between learning disorders and diet, so dietary modification is important. But these days it’s difficult to maintain an optimum diet. In families where both parents work, it’s hard to completely avoid eating out or preparing processed foods that contain artificial ingredients and additives. Even fruits and vegetables can be problematic for a child with sensitivities to agricultural pesticides. And sugar is prevalent in most American children’s diets.

“Sugar is certainly better than artificial sweeteners, but it does affect behavior, and that effect is more dramatic in kids,” says Block. “Kids have sugar cereal for breakfast, no protein at lunch, and by afternoon, they’re on sugar overload.”

Getting children on the right diet track is a twofold solution. The first step is to remove offending foods through a food reduction or elimination diet, which is best undertaken with the help of a health care practitioner. A typical program targets potentially problematic foods such as dairy, chocolate, corn and wheat, sugar, artificial colors and food additives. At the end of a 30-day period, parents can reintroduce the foods one at a time and watch for symptoms. Reactions may vary from inflammation of the cheeks or ears to extreme agitation, inability to focus, or sudden drowsiness or sleep. When serious symptoms appear, obviously, it is advisable to immediately seek medical care, as well as to cut out the food that may be a cause. Step two involves the whole family committing to a wholesome diet. If the family is all adhering to the same healthy diet, the child will more likely stick to it and it will eliminate the possibility of the child feeling punished for his or her learning issues.

Another way to replenish nutritional inadequacies in the learning-disabled child is with nutrient supplementation. The body needs proper amounts of vitamins and minerals to work, says Block. “This is a very important piece as far as I’m concerned. I’ve seen behavior and mental concentration improve after six weeks.” Some of the supplements getting recent scientific attention include the B vitamins, magnesium, essential fatty acids, zinc, and dimethylaminoethanol (DMAE).

Current research findings show a correlation between learning disorders and a deficiency in essential fatty acids. The most recent study, sponsored by the U.K. Dyslexia Research Trust, conducted at Oxford University, and published in Progress in Neuropsychopharmacological and Biological Psychiatry (2002, vol. 26, no. 2), found that children with symptoms of dyslexia and ADHD may behave better and find it easier to think when their diets are supplemented with the essential fatty acids (EFAs) found, for example, in cold-water fish, derived from cold-pressed seeds such as borage or flaxseed, or in supplement form such as omega-3 capsules. The results showed that ADHD ratings were high in dyslexic children and that children with both inattention and hyperactivity were fatty-acid deficient. “Abundant evidence points to the importance of specific fatty acids in brain development and function,” says Alexandra Richardson, PhD, who conducted the study of 41 children, ages 8 to 12, with ADHD related symptoms.

“These fatty acids are often under-consumed and [therefore] under-produced in the body. When obtained in the diet, linoleic acid can be converted to arachidonic and linolenic acid, beneficial for children with behavioral and learning challenges. “Zinc deficiency may be another factor in learning disabilities, according to a 1996 study published in the Journal of Child Psychology and Psychiatry and Allied Disciplines (vol. 37, no. 2). The study, conducted by the Technical University in Turkey, compared fatty acid and zinc levels in 93 children, 48 with ADHD. Fatty acid levels in the ADHD children were four times lower, and their zinc levels were less than half those of the nonADHD children. In another study, conducted by the Department of Family Medicine in Szczecin, Poland, the addition of a 200-mg-a-day magnesium supplement appeared to reduce hyperactivity in ADHD children.

Beyond diet and supplementation, various new complementary treatments—like the treatments Kim Gangwish sought for Casey—have been used with promising results for children with learning disorders. More research is needed to address the remaining questions about learning disorders and how to treat them. Until then, give your child the best chance at learning—a balanced diet and health-promoting lifestyle—and you’re well on your way.

What Are the Signs of Attention Deficit Disorder (ADD)?

Back to School? Or Back to Stress?

The Fight Against Sugar