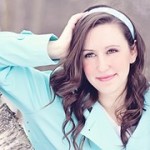 An often underexplored area of health for women is the area of learning styles, and learning challenges. Despite what we normally think about women and men, when it comes to our brains, science understands that the differences go far beyond “men are from Mars, women are from Venus.”

It is commonly accepted in scientific circles that women and men have a number of underlying differences in their brain activity that affect their function. While the differences can vary significantly between individuals when large samples are assessed, research has shown that males have more connections within hemispheres to optimize motor skills, whereas females are more connected between hemispheres to combine analytical and intuitive thinking, improved language skills, encoding facial differences and multitasking.

Women, as a whole, may also be better than men at controlling their emotions and impulsiveness. Recent discoveries have shown that sections of the brain used to control aggression and anger responses are larger in women than in men.

While both boys and girls can have learning disabilities, ADD, ADHD and dyslexia, boys are more commonly diagnosed with learning disabilities than girls. The symptoms displayed by girls and boys with ADHD differ, too. Girls with ADHD usually exhibit inattention, while affected boys are prone to lack of impulse control, making them more disruptive in the classroom thus coming to the attention of the teacher more readily. When a girl has a learning problem, it’s not as easily detectable as girls often don’t have the associated impulse control issues and are more likely to just be quietly daydreaming. The longer term impact of symptoms being missed, ignored, or misdiagnosed can last a life time.

If you are a woman struggling with learning challenges, do you recognize these symptoms or signs?

These are just a few examples of how a lack of support around learning issues for women can impact self-esteem, relationships, career paths, and ultimately her health, as these issues can lead to depression, which lowers the immune system and overall well-being.

I’d like to share my own story and how my own undiagnosed learning problem resulted in a solution that has helped thousands.

As a teenager, I found myself slipping through the cracks of the Australian school system. Because of an undiagnosed learning problem, I was frustrated and feared that I would never be an academic success. It wasn’t until years later that I turned my attention to finding answers for the learning disabilities that initially put my career and self-worth in jeopardy. I realized I’d been living with a form of dyslexia.

Finally, while developing, and after receiving, treatment, I began to excel in academics. I went on to receive a degree in psychology and advanced degrees in neuroscience from an Australian university. I also conducted brain research into the techniques I had used on myself, and others, to eradicate my learning deficits.

During the 1980s, along with a group of innovative practitioners, I began to combine Western science knowledge of how the brain learns using Chinese neuropressure and Indian mudra systems. Out of this body of work came the unimaginable—people with long-standing learning disabilities, head injuries and sometimes even strokes, all recovering in dramatic ways. During this time, I began studying the links between learning disabilities and neuropressure, and I went to back to college where I excelled in academics.

Subsequently, I developed my comprehensive system, known as the Crossinology® Brain Integration Technique (www.crossinology.com), a way of testing and rewiring the brain that improves learning ability, creativity and physical coordination.

In 1998, I moved to America in order to introduce my work to a broader audience. Since then I’ve successfully treated thousands of children and adults with learning disabilities, as well as trained hundreds of practitioners. But beyond my own personal success story, I’d like to highlight the impact of Crossinology® Brain Integration Technique on two special clients:

When I met Lauren in April 2003, she was fifteen years old. A competitive figure skater, she was quite sociable and had many friends at school, but she had suffered from very poor reading comprehension and difficulty expressing herself verbally throughout her school years. Test and performance anxiety were big problems, too. She had trouble with math, especially memorizing her times tables, and she scored at a fourth-grade equivalency for mathematics, reasoning and numerical operations. The assessment placed her vocabulary at the fifth percentile and her comprehension at the thirty-seventh percentile, roughly at a third- or fourth-grade level. Her processing speed scores, however, were quite good, placing her at the ninety-seventh percentile, and she had good auditory memory. A psychologist who tested Lauren described her as having “a mild language disorder which … encompasses problems with expressing word meanings and concept formations as well as the misapplication of grammatical rules and syntax and relatively poor language comprehension.”

Upon my initial assessment, I found Lauren needed correction to sort out the confusion about which side of her brain performed logic functions and which side performed creative, or Gestalt, functions; the messages being sent were all crossed. After treatment, these pathways were restored to 100 percent access.

Lauren’s case illustrates the impact that brain integration has on overall well-being. When Lauren returned home, one of the first things she did was take a driving test for her learner’s permit. She read the rules-of-the-road book without any help and passed the test with only three mistakes. She was especially pleased because a number of the items on the test were multiple-choice questions, a format she had struggled with previously. About a month after treatment, her mom wrote to me, “Lauren is starting to see for herself some of the wonderful positive effects of our visit to you. Her math tutor says she is far more focused and much more readily grasps concepts that before were difficult. Lauren herself says it is a real treat to read her history text—once—and understand what she read—and remember what she read!! She feels very happy…in control…and not in angst at all about final exams which start this week.” This from a girl who previously suffered significant test anxiety!

Maxine was in her forties when I treated her for memory loss after a car accident. She had suffered disorientation and the loss of her extraordinary photographic memory following the accident.

Recalling simple facts, such as the sitting President, or the day of the week, became impossible. Making a shopping list or adding numbers was not manageable. And slowing down her car was no longer an automatic reflex. Instead, she had to remember how to lift her foot, press it on the pedal, and lift it off. Occupational and physical therapies hadn’t helped. After the first session of BIT treatment, Maxine noticed a difference. She completed ten sessions and regained her ability to learn and to function. She went on to complete a degree in computer information systems.

These are just two examples of how women are impacted by learning challenges, and how quickly they can be helped, once a proper diagnosis and treatment plan are in place. As much as our culture likes to suggest that there are no differences in the sexes, science and our brains tell us that, in fact there are multiple levels of differences between the sexes, and even within gender groups themselves. The key is to understand one’s one pathway to wellness and how important a well-wired brain can play in how women can stay healthy, vibrant, and successful.

Susan McCrossin, A.P. holds a diploma in Applied Physiology from the International Institute in Arizona. The founder of the Crossinology® Brain Integration Technique, she has researched and written many articles on brain integration, learning disabilities and the subject of learning. She’s been a featured learning disabilities expert on Gary Null’s “Natural Living,” Bloomberg Business Radio, the Dr. Pat Show, and more. She is the author of Breaking the Learning Barrier: Eradicating ADD, ADHD and Dyslexia. To learn more about her work, visit www.crossinology.com