Case Study: Special Education Classes Become a Thing of the Past 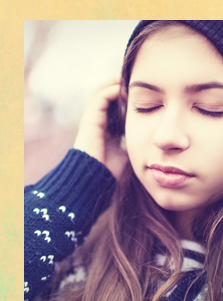 Perhaps nowhere are the results of the Crossinology® Brain Integration Technique more pronounced than in the case of students who, after treatment, no longer need to be placed in special-education classes. The following story about Walt illustrates the impact of such a shift.

When Walt first visited Susan, he was eleven years old and a special-education student in the fifth grade. He had excellent scores in reading and oral work but unsatisfactory grades in writing and math. He often stuttered and became tongue-tied, and he especially had trouble concentrating and telling time. He also struggled with remembering his times tables, following directions, turning in work, and taking any kind of test.

The list of Walt’s problems went on and included:
• Clumsiness
• Lack of coordination and dizziness
• Eyestrain and headaches
• Impatience and impulsivity
• Lack of confidence
• Letter and number reversal.
• Mood swings
• Telling lies
• Poor at sports and rhythmic activities

His brain pathways were so disorganized that even a simple task would leave him exhausted, making him appear lethargic, inappropriately drowsy, and underactive.

Muscle testing of his corpus callosum showed that Walt’s “telephone exchange center” was working fine. His problem involved deep-level switching which means that his right and left-brain functions were confused—the right brain thought it should handle left-brain functions and vice versa.

What Does it Mean if Your Problem is Deep Level Switching?

Imagine that you’re dealing with a math problem. Initially, the math would be processed in the left half of your brain. However, if you have deep-level switching, you experience very inefficient processing, completely subconsciously and entirely beyond your own control.

Incoming information actually enters the right half, is shunted over to the left half for processing, returned to the right half, and then shunted back out again. If the corpus callosum between the two hemispheres is blocked, information is dropped every time it passes through. When this occurs and the information is released, the individual can appear delayed in his verbal response and somewhat slow mentally.

Add some stress to this equation and the whole process starts to completely fall apart, with the tongue becoming tied in knots. Ever wonder where the phrase “tongue tied” came from? In a normal connection, information would go from point A to point B. But when neurocircuitry problems exist, information goes from A to C to D or E before reaching B.

Imagine Your Grades Going From Unsatisfactory to Straight As

Perhaps now you can understand why Walt was exhausted all the time!

I treated Walt for a total of five hours over a few weeks. Once his pathways were uncrossed (in a functional, not a physical, sense), his brain was reintegrated and ready to learn. One month after treatment, Walt’s math grades went from unsatisfactory to straight As. He was now finishing his schoolwork and had become more kind and affectionate.

Three months later, his social skills improved significantly and he was making lots of friends. Two months after that, Walt reported that:
• His schoolwork was easier.
• He was handing in all of his assignments.
• His teacher was impressed with his positive attitude.

The sense of relief and satisfaction felt by mother and son was nearly palpable. Toward the end of that year, his mother sent me a thank-you note saying that Walt was now an honor-roll student and, furthermore, he had won an award at his elementary school for his outstanding reading skills.

“When Walt first saw you, he was unable to apply pencil to paper or do math. He now writes very well and he has applied what you opened for him towards math. He has memorized his times tables and can multiply and divide. He’s been 100 percent mainstreamed from Special Ed. He .now loves school and has friends at home, school, and church. Thanks for your help.”

Is your child experiencing issues similar to Walt’s? Please share your thoughts in the comment section below because chances are, you’re not alone. Thank you!

Managing Summer Stressors: A Message to Moms with ADHD

The Link Between Detached Dads and Risk-Taking Girls