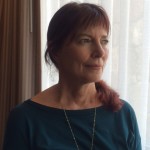 Attention Deficit is not really an accurate description as usually people with this diagnosis are attending to everything and have difficulty ‘tuning out’ what is not relevant. Then at other times they can hyper focus on a task that interests them to the exclusion of all else.

There are many successful individuals in society that have one or more of these diagnoses and many of them say that having supportive parents that encouraged them in what they can do was what enabled them to pursue a path that they were passionate about and led to their eventual success.

Diversity is necessary in society so that the population is able to have a range of abilities and interests that support the group. The education system is focused on giving everyone a similar education with the expectation that students should be competent in all subjects. Then upon leaving school we immediately specialize in one area and become specialists. This model can very difficult for those that have challenges in the classroom situation.

The concept of neuroplasticity, meaning that the brain is capable of changing itself, has been widely covered in the media and has focused on neurological disorders with many spectacular recoveries in people that were ‘beyond hope’.

When you learn something new the brain makes new connections between various neurons enabling a cluster of neurons to hold the information in memory. Then if you never recall the information again, for example a class you attended that you had no interest in, then the brain will ‘prune’ those connections thus removing them and the information will no longer be available for recall, effectively forgotten. However, if you recall this information regularly, either because you think about it often or tell others or write about it, then the neuronal connections will become stronger and effectively become hard wired into the brain as something you can recall with no effort. A good example would be someone who lectures on a subject repeatedly.

For the past 27 years I have discovered that you can in fact guide the brain to rewire itself so that it can process information more efficiently and not have to compensate in areas that are difficult. At the same time not losing any of the creative and exceptional ways of developing ideas.

Using gentle neuropressure cues you can allow the brain to reorganize itself to the way it was originally designed to function. This enables information to come in to the brain through the eyes and ears, and send that information to the right location in the brain with the correct timing. This change through plasticity allows the brain to become more flexible and enables it to be more creative, have the ability to follow through and complete tasks. Which means greater satisfaction and increased self-esteem for any individual.

The Brain, Exercise and Successful Aging

Searching for a drug-free alternative to treating ADD, ADHD and dyslexia?

The Link Between Detached Dads and Risk-Taking Girls